SEOUL, South Korea, Aug. 17, 2022 /PRNewswire/ -- Pearl Abyss announced today that the matchmaking-based PvP content "Arena of Solare" has arrived as a regular season in Black Desert SEA. As the preseason received great interest from many Adventurers, it has returned with significant improvements to provide an even more exciting PvP experience. 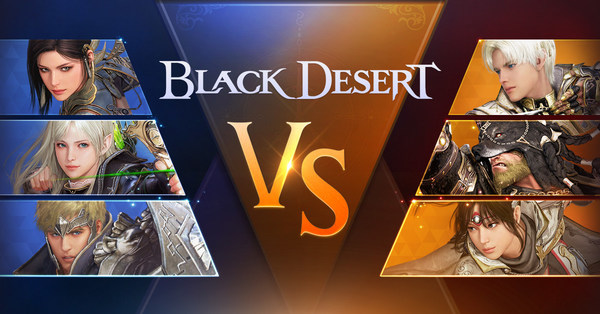 UI features have also been improved. The rank page now allows Adventurers to check their opponent's information in detail and is now subdivided to show an Adventurer's Succession or Awakening state, equipment, and skill add-ons. The new rank window also shows ranks by class.

Various events will be held to commemorate the first regular season, and Adventurers who rank in the top three of their class in the new ranking list will obtain either a Classic Outfit Box or a Premium Outfit Box. Those in first place can obtain both prizes.

A weekly mission event will also be held until October 12. Adventurers can accept the "Master of Solare" quest from the Black Spirit and complete it by gaining three victories each week in Ranked Mode. Those who complete the quest can collect a Seal of Victory to exchange for rewards such as Advice of Valks (+110) and 300 Cron Stones.

Last but not least, a special login event will run until August 24. Adventurers can log in everyday during this period to obtain special rewards such as a Value Pack (7 days), and a Shakatu's Shiny Box for combat and life.

Find more information about Black Desert SEA on the official website at sea.playblackdesert.com.